Bali, Indonesia, 21 November 2019 – The New Car Assessment Programme for Southeast Asian Countries (ASEAN NCAP) released its second round of results for the fourth quarter of 2019. Some of the results were the outcome from the series of crash tests that ASEAN NCAP performed during the Vehicle Safety Week 2019 (VSW2019) last October at MIROS PC3 in Melaka. The results were released in conjunction with the 11th ASEAN Automobile Safety Forum (AASF) that ASEAN NCAP organized in Bali, Indonesia. The results were from the assessment performed on Honda Accord, BMW 318i, Chana Era Star II, DFSK V25L and Suzuki Ertiga. ASEAN NCAP was honoured to have Mr. Sigit Irfansyah, Director of Directorate of Land Transportation Means, Ministry of Transportation, Indonesia who presented the rating plates to the recipients.

The new Honda Accord made an impressive performance in the assessment by achieving 5-Star rating with an overall score of 91.79 points. The sedan obtained 49.07 points for the Adult Occupant Protection (AOP) category, 23.28 points for the Child Occupant Protection (COP) and 19.44 points for Safety Assist Technologies (SATs). The Accord is equipped with six airbags, Electronic Stability Control (ESC), Seatbelt Reminder System (SBR) for its frontal occupants and blind spot technology for its passenger side (offside) as a standard equipment across all its variants. The model makes the SATs available in the car either as standard or as an optional equipment in the country markets in which it is sold except for Laos and Vietnam. In addition to the SATs that are being assessed by ASEAN NCAP, it also offers another safety technology to the consumers, i.e. Driver Attention Monitor.

In conjunction with the VSW2019, ASEAN NCAP performed a crash test on a premium car for the first time since its establishment, a BMW 318i. The BMW 318i obtained a 4-Star rating under the ASEAN NCAP assessment with a total score of 81.88 points. The scoring breakdown of the 3 series premium car is based on the AOP with 48.92 points from the full score of 50 points, the COP assessment with 18.38 points from 25 points and 14.58 points for SATs category over 25 points. The assessed 318i was assembled and sold only in Malaysia and comes with a standard fitment of six airbags, ESC and SBR for driver only. The sedan does not offer any SATs fitment listed under ASEAN NCAP assessment except for the eCall system that functions as a post-crash response technology. ASEAN NCAP was pleased that the frontal offset test of the BMW 318i was witnessed by the Honourable Dato’ Seri Dr. Wan Azizah Dr. Wan Ismail, Deputy Prime Minister whilst the side impact test was witnessed by the Honourable Datuk Kamarudin Jaffar, Deputy Minister of Transport.

The second vehicle that ASEAN NCAP tested during the VSW2019 was the Chana Era Star II, one of the first two semi panel commercial vans ASEAN NCAP assessed during that week. The Era Star II did not perform very well in the test with an overall score of 10.91 points in which it is rated Zero-Star. The semi panel van obtained 0.00 point for both the AOP and SATs categories and only had 10.91 points for the COP category as the sole contributor for its overall scoring. The Era Star II provided poor protection to the dummies in both frontal offset and side impact tests. Furthermore, the crash tests for Q1.5 child dummy was not able to perform due to the insufficient length of the seatbelt for child seat’s rearward position.

ASEAN NCAP tested its second commercial semi panel van during VSW2019 on the model DFSK V25L. The model was also awarded with Zero-Star rating with a total score of 31.70 points. In the assessment, its AOP category obtained 18.12 points, 13.58 points for the COP and 0.00 point for the SATs. Similar to the Era Star II model, the V25L did not fare well particularly in the frontal offset test in which the frontal occupant cabin severely collapsed against the driver. Both of the tested Chana Era Star II and DFSK V25L were models that are sold in Malaysia. The panel vans do not offer any Anti-lock Braking System (ABS) and ESC and seatbelt is the main restraint system for the use on child safety seats.

The fourth result is the latest model of Suzuki Ertiga. This is the second time ASEAN NCAP tested the Ertiga in which the first was in 2016 under the first protocol with 4-Star (12.39 points over 16) for AOP and 2-Star rating for COP at 33% compliance. The new Ertiga (under the current protocol) was awarded with 4-Star rating with an accumulated score of 65.41 points. The MPV fared well in the assessment with 35.66 points for the AOP, 18.85 points for the COP and 10.90 points for SATs. It is equipped with standard dual airbag and SBR for both frontal occupants across all variants. The Ertiga offers ABS as a standard fitment in all the available countries whilst ESC is available as standard in the Thailand market and as an optional fitment in Brunei, Indonesia, Philippines and Vietnam.

“In the recently organized Vehicle Safety Week organized by MIROS, ASEAN NCAP had made significant progress in our crash test. During the week we not only tested commercial vehicles but for the first time we tested a premium brand vehicle, a BMW 318i. Unfortunately, the results of the test were not as we expected. Nevertheless, we are proud that Honda maintained its safety performance in the Accord, rated with 5-Star. Further to the tests that we conducted on commercial vehicles, we hope there will be significant impact towards the vehicle safety regulation of commercial vehicles, not only in Malaysia but also in other South East Asia countries.”

“It has always been my dream to crash test a premium car ever since ASEAN NCAP was formed. With over 100 ratings that we produced, we have encouraged the production of safer cars with affordable prices in the South East Asia countries. Most importantly, by conducting the test on BMW 318i, we would like to ensure that premium cars that are sold in this region have the best safety specifications or at least at par with other affordable safety cars in the market that have been rated with 5-Star ASEAN NCAP rating. But it is unfortunate that the BMW 318i that we purchased and tested do not have a seatbelt reminder system (SBR) for its front passenger, which is one of the significant items that caused it to receive 4-Star rating. Despite the tested sedan not being the latest generation of 318i model offered in the Malaysian market, the car is still available for consumers to purchase. This definitely raises concern with regards to safety. Nevertheless, we took it upon ourselves to check on the specification of the latest 318i model and found that it is still not equipped with SBR for the front passenger.”

An overview of the second ASEAN NCAP Q4 2019 results are as follows.

The full press release is available here for download. 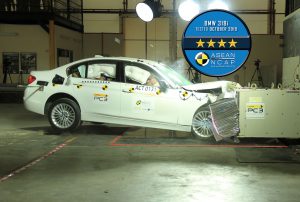 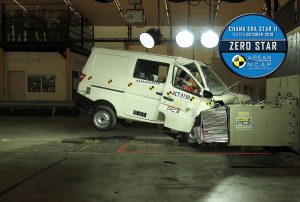 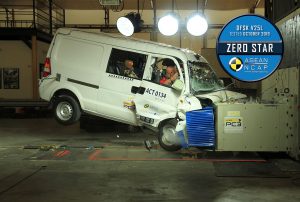 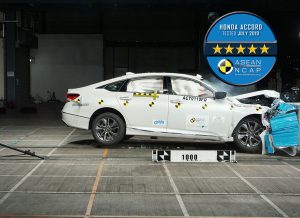 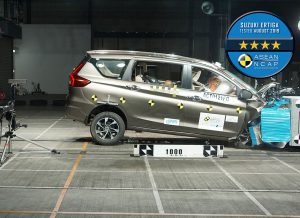